Kaiser Permanente and the Alliance of Health Care Unions
LMPartnership.org

Where No One Has Gone Before 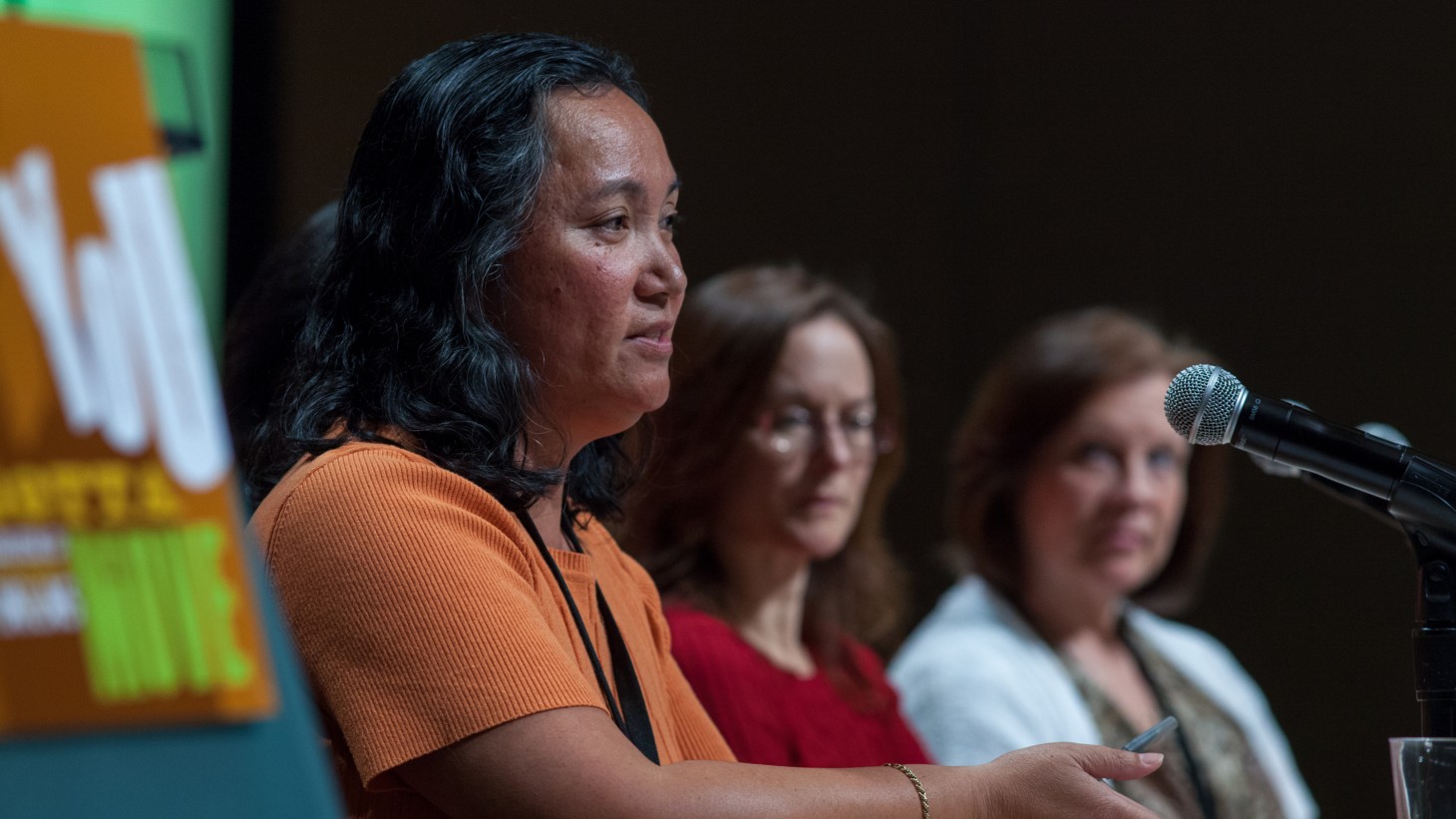 Joan Mah of Northern California (above), an optometrist, senior UBT consultant, and IFPTE Local 20 steward and vice president, was a first-time observer at the 2012 bargaining sessions.

Many of the several hundred health care workers who gathered at the Manhattan Beach Marriott on May 10 are used to working through the night—it goes with their jobs. But they aren’t used to waiting. By midnight, some were napping on the couches in the lobby. Others milled about in small groups, talking quietly. And some retired to their rooms and asked friends to call them if and when anything happened.

Finally, around 2 a.m., the news came: A subgroup had ironed out the final details. By 3 a.m., the hotel’s central ballroom was filled with cheering, hugging workers—and supervisors, middle managers and senior vice presidents. The 140 management and union negotiators who formed the Common Issues Committee (CIC) gave their unanimous thumbs-up to a new National Agreement that will guide the work of some 130,000 workers, managers and physicians in the nation’s largest private health system.

“It was like we had just won the World Series,” says Alan Kroll, director of the Clinical Contact Center in Colorado and a first-time member of the CIC. “We’d had our ups and downs as a team, but in the end, we all came through as a team. The energy and camaraderie was tremendous.”

“The energy of the room was not because we liked each other. It was because of the respect that partnership had brought,” says Ashwin Deo, an orthopedic technician in Sacramento and SEIU UHW member who served on the CIC.

The agreement, reached in the course of five three-day sessions from March to May, is the largest private-sector labor agreement negotiated in the United States this year. Like previous National Agreements, it covers not only wages and benefits but also goals related to service, quality, affordability, workforce and community health, and more.

Yet how the CIC reached the agreement is even more remarkable than the agreement itself. Rather than engage in a power struggle, the negotiators used interest-based bargaining to solve problems. That process allowed it to focus on solutions to the biggest issue facing health care today—that it costs too much, and too few Americans can afford it—while maintaining Kaiser Permanente’s industry-leading wages and benefits.

Rather than chopping care or benefits to control costs, says John August, executive director of the Coalition of Kaiser Permanente Unions, the agreement “provides union members with the tools to tackle cost by improving care and efficiency. Improved care and efficiency, delivered by workers at the front line, are the key to extending quality care to every person in our country.”

“Our national bargaining is unique,” says Dennis Dabney, the senior vice president of National Labor Relations and the lead management negotiator. “There is not only a group of labor negotiators at the table, but a broad cross-section of our employees providing recommendations on how to better deliver high-quality, affordable care and ensure Kaiser Permanente is a great place to work well into the future.”

“As our facilitators told us, economic issues are tough to resolve in interest-based bargaining,” says Adam Nemer, care delivery finance officer in the Northwest and a member of the bargaining subgroup that focused on benefits. “In the end, we met both management and labor's key interests. But I suspect that was not just because of what happened at the benefits table. It was also the result of an open and honest dialogue on benefits between senior labor and management leaders over the past few years. It was about trust and transparency. In my view, we didn’t reach a solution just because of interest-based bargaining—but we couldn’t have gotten there without it.”

As part of the solution to controlling costs, the agreement includes a revolutionary plan to create the healthiest workforce in the health care industry. Beginning in 2013, the agreement will reward the collective workforce achievement of reduced health risk factors, measured by body mass index (BMI), cholesterol levels, blood pressure levels, smoking rates and workplace injury rates.

“Unions and management agreed that health improvement is an essential strategy for reducing chronic conditions—one of the leading drivers of rising, unsustainable cost,” says SEIU UHW President Dave Regan. “This is a high-road, long-term strategy for the common good.”

Those involved in the process say it’s unlikely that the high road would have been taken had these been traditional, adversarial negotiations. As Joan Mah, an optometrist at San Rafael Medical Center in Northern California and a first-time observer representing her ESC-IFPTE Local 20 colleagues, put it: “Traditional bargaining is really about what I want and not about what is right….When you take the time to allow management and labor to surface their interests, it’s really looking for a global solution.”

“At times it was frustrating, but it was also interesting to see how the interest-based process led us to options we could work with,” says Jean Melnikoff, a senior director of human resources for Southern California, one of the management co-chairs of the workforce of the future subgroup.

Get the highlights of the National Agreement in this overview, and check out these six tips on using the interest-based process.

Her sentiment was echoed by members of every subgroup. But that is not to say the process is easy.

“When things get difficult, you need to regroup and work your way through it,” says Arlene Peasnall, senior vice president of human resources in Southern California. “But you end up with better results and stronger relationships.”

“The people who’d done it before said, ‘It’s OK, it can be done,’” says orthopedic technician Deo. “Don’t be afraid of the tension in the room. Don’t be afraid of emotions, because that’s what gets creativity out….When labor and management are at the table, talking to each other as equals, and the ideas are valued equally—I think that opened a lot of doors. And minds, too.”

The energy of the room was not because we liked each other. It was because of the respect that partnership had brought.

Ashwin Deo
Orthopedic technician, SEIU-UHW
46 people found this helpful. Was it helpful to you? YesNo